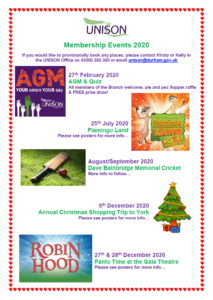 Do you know anyone who will be affected by the recent legislative changes to Child Tax Credit and Universal Credit due to come into effect 6 April 2017?

The Welfare Reform and Work Act 2016 introduced fundamental changes to Child Tax Credit and Universal Credit, limiting child tax credit and universal credit to the first two children in a household.  These changes, commonly known as the 2 child rule, will come into force from 6 April 2017 together with certain exceptions and transitional arrangements set out in recently published regulations.

CPAG is looking in general for:

But also the following particular types of households which may be unfairly affected by the rule (though this is not an exhaustive list of examples):

·         An individual or couple caring for one or two ‘kinship’ children but contemplating having children of their own;

·         A family which, when the children were born, did not require state support but now has a need to because of an unexpected change in circumstances (e.g. loss of a job); and

·         A parent who is religiously or philosophically opposed to birth control.

If you can help, please contact the Branch office to request a test case referral form unison@durham.gov.uk